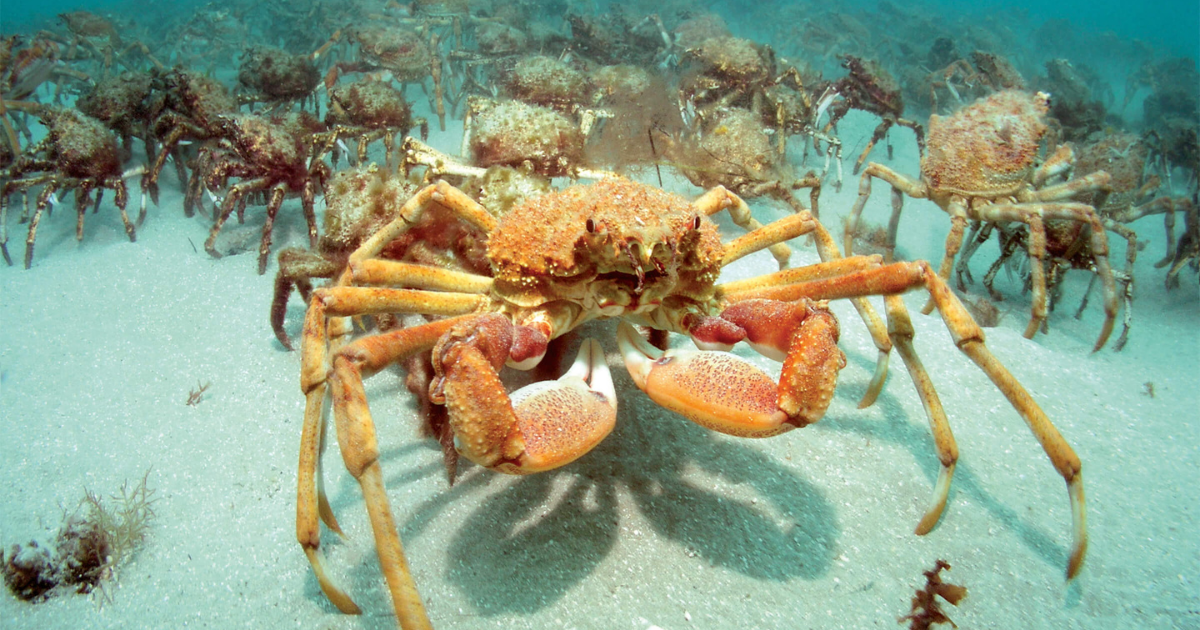 The curious crustaceans congregate in large numbers – known in science circles as an aggregation – in shallow water in Port Philip Bay, including regularly at St Leonards and Queenscliff.

Spider crabs appear to favour colder months for their shallow get-togethers, where they’re easier to spot than at ocean depths they disperse to during spring and summer.

Scientists speculate the phenomenon is associated with the animals’ moulting and growing cycles or reproduction but have failed to draw detailed conclusions about the seemingly random events and their purpose and drivers.

The university, with support of the Victorian government, has launched a new iNaturalist app, which encourages divers, fishers and boaters to report observed movements.

“These aggregations seem to happen at random times. Unlike some citizen science programs, we need our members to record both when they see spider crabs, but also when they don’t, so we can try and establish a pattern of when the aggregations happen,” Dr Camprasse said.

“That’s why we’re asking our helpers to keep an eye out so we can ascertain exactly what’s going on – and what’s not – right around Port Philip Bay.

“Despite their winter aggregations being a world-renowned event, very little is known about the dynamics and ecological role of the aggregations.

“If citizen scientists record not only when they see spider crabs, alone or in groups, but also if they spend a day on the bay and don’t see them at all, by recording that absence on the app, we will be more equipped to fill some important knowledge gaps.”

Giant spider crabs are orange to red-brown in colour with longer walking legs than similar species and are the largest spider crab species; growing as big as 16 centimetres across their shell and 70cm across their legs.

Later this year, Deakin will invite citizen scientists to analyse images of the gatherings to help researchers count the crabs and report on any predators.

The program will be complemented by more traditional research methods such as sound tracking, underwater cameras and diver surveys.