IT IS common knowledge coastal towns are flooded with tourists each summer, which is why Lorne’s CFA Fire Brigade needs all the help it can get.

Reinforcements of around 30 CFA volunteers from Districts 7, 14 and 15 will help Lorne Fire Brigade by responding to daytime incidents within Lorne’s response area during the busy tourist season.

CFA’s District 7 will also deploy an additional pumper to Lorne to help protect the residents and visitors to the Surf Coast area during the tourist season and then again on Australia Day until January 30.

CFA Commander and Surf Coast catchment officer Wayne Aylmer said the way volunteers willingly put their hand up to help was evidence of their incredible commitment to help communities outside of their own.

“We bring them down for the day and they respond to urban incidents such as children locked in cars, motor vehicle collisions, fire alarms in buildings, bin fires on the foreshore,” he said.

“It’s a fairly busy time so they’d usually get called at least once a day and it means our regular brigade members don’t have to drop everything at a time that a lot of them are really busy themselves, working in hospitality and other seasonal occupations.”

Four volunteers will travel to the Lorne township each day and participate in a rotating day shift roster, ready to respond to an incident if required.

Lorne Fire Brigade Captain Lee Holmer praised those who have offered their services for the upcoming busy period of the year.

“A lot of our members work in hospitality and this is a really busy time for them, so having that support during the day means a lot.

“Having the extra pumper and crew from 9am until 7.30pm means they can focus on their businesses and jobs. By the time the crew leaves, our members have finished up at their shop or restaurant and we can respond to any incidents.”

Lorne Brigade Crew leader Eric Messer, who usually volunteers with Anglesea Fire Brigade, is just one of the 30 who expressed their interest.

He is rostered to help out in Lorne six days this season, after volunteering seven days last year. “I’m retired so this is a good way of being able to support the community,” he said.

“The other volunteers helping out today are from Highton and Belmont brigades in Geelong – one’s an ambulance paramedic, one’s a student and one works at Bunnings, so they’re just fitting this in amongst their other commitments.

“There’s various reasons why people contribute but it’s not an unpleasant way to spend a day.” 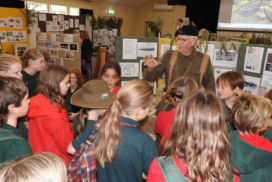 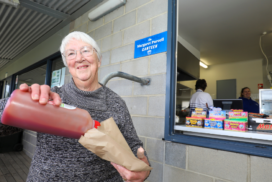 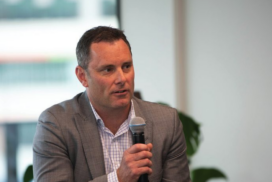