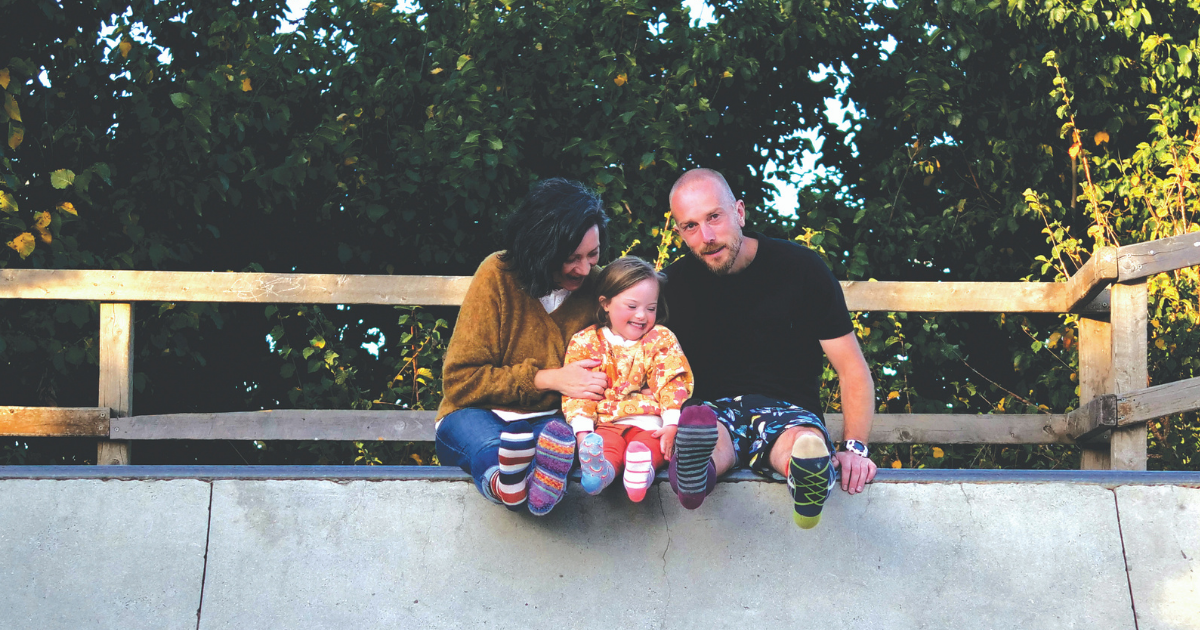 Anne’s four-year-old daughter Issey was born with Down syndrome, the genetic condition that affects around 1 in 1100 babies born in Australia.

CHILDREN will be rocking brightly coloured, mis-matched socks at the Winchelsea Early Learning Centre this month in celebration of World Down Syndrome Day.

Anne’s four-year-old daughter Issey was born with Down syndrome, the genetic condition that affects around 1 in 1100 babies born in Australia.

“To me the day is about accepting that everyone has something beautiful about them and that it doesn’t have to fit to society’s normal standards,” she said.

Most people have 23 pairs of chromosomes in each of their cells (46 in total). Those with Down syndrome have 47.

“For little kids it’s a really nice way of not having that high level conceptual discussion that Issey has an extra chromosome instead it’s more about talking about how everyone’s socks are different and that’s okay,” Anne said.

World Down Syndrome Day is all about education and understanding and has been officially observed by the United Nations since 2012.

The day is usually celebrated on March 21, but many school groups will be celebrating on March 22 this year as the UN day falls on a Sunday.

Anne spearheaded the initiative after she was reminded by her mums’ network that the UN day was coming up, and thought it was a great opportunity to bring some awareness and open dialogue about Down syndrome and inclusion.

Issey started at kindergarten this year and Anne believed now was the right time to start advocating for her.

“As Issey gets older people might have more questions so trying to bring knowledge, real facts and understanding will help avoid misconceptions,” she said.

“So, we approached the daycare centre and kindergarten and suggested we do the ‘Rock Your Socks Day’. Issey and I have sewn together her kindy paintings to make little bags for the socks to go in.”

Each bag comes with a hand drawn message that “different is beautiful” for all Issey’s classmates to enjoy.

“We wanted to share the importance of her attending mainstream activities and going to mainstream kindergarten and mainstream daycare and that it’s a positive thing for everybody,” Anne said.

“We have had a great experience from birth until now and I don’t think Issey has missed out at all being in a regional area. We wanted to bring a positive awareness to Down syndrome and that has to start with us as her parents.”