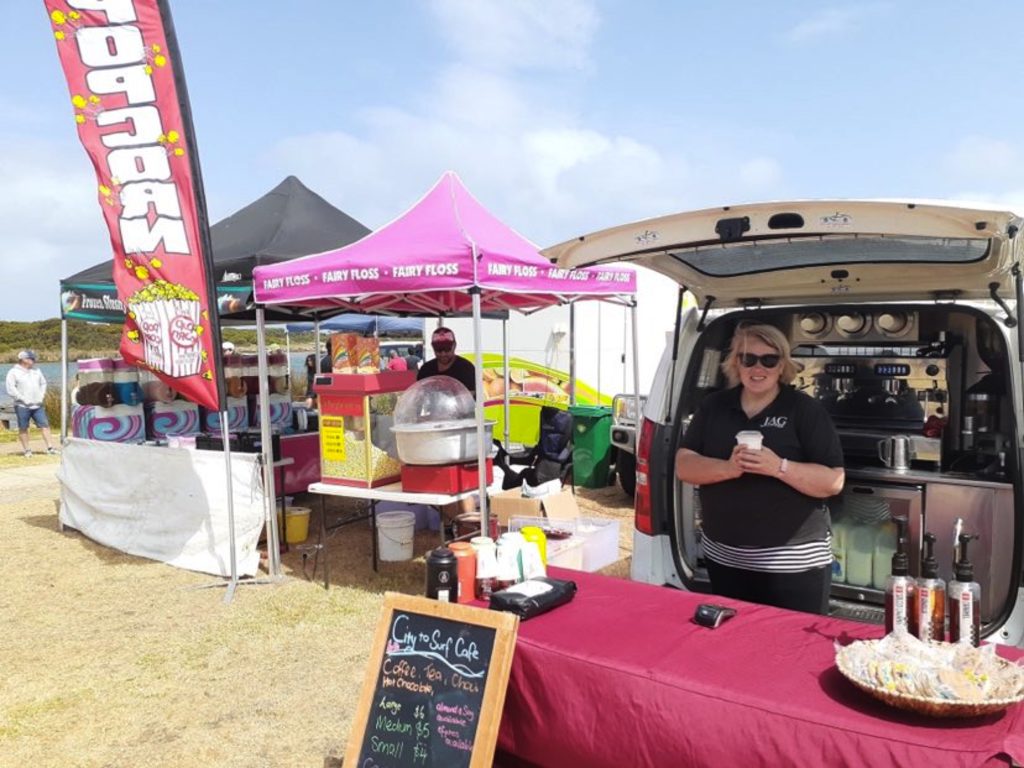 Each Summer, profits from the Riverbank Anglesea Markets helps to fund the various community groups that have organised the markets. Photo: Julie Martin

EACH summer, several community groups collaborate to co-ordinate the Riverbank Anglesea Markets, held (as the name suggests) on the bank of the town’s river to raise funds for the community group organisers.

This year the Lions Club, Anglesea Primary School, Community House and the Anglesea Football and Netball Clubs are coordinating the markets, with one of these groups primarily hosting each event and receiving funding from stall bookings for that market.

Already this year the groups have organised three markets, one run by the Lions Club and two by Anglesea Primary School.

The next market is scheduled on the Labour Day weekend on March 13, and hosted by Anglesea’s football and netball clubs.

The final market will be held on Easter Sunday and run by Anglesea Community House.

“For us as community groups obviously it’s a huge fundraiser… especially when so any other events have been cancelled over the past couple of years, it’s income that’s needed.

“All the profits go to community groups and back to the community.”

Ms Martin said despite some hesitancy among stallholders to sign up after so many cancelled events, this year the markets have received positive feedback, with two markets run by the Anglesea Primary School and one run by the Lions Club to raise funds for these groups.

“This is an outdoor event so it’s a much safer event… and we want to bring community together where we can,” Ms Martin said.

“Come and support these small businesses owners who have struggled through the last couple of years, and you’re also supporting community groups.”

Anglesea Primary School principal Murray Surkitt said the markets were the perfect place for locals and visitors alike to come together and enjoy themselves while also giving back to the community.

“It’s a community event to give the locals some entertainment, but in Anglesea the population just explodes over the summer, so it’s also for tourists to the town,” Mr Surkitt said.

Mr Surkitt said the markets have always been about giving back to the community, originally set up in 1983 after the Ash Wednesday bushfires in order to raise funds for those people who lost their homes in the fire.

He said it was also great to see the school get involved, with children from the Anglesea Primary School also helping out and enjoying themselves at the market.

“It’s something for people to do and mingle in together as best they can during COVID-19.”

To find out more or book a stall in the next market, head to the Riverbank Anglesea Markets Facebook page.