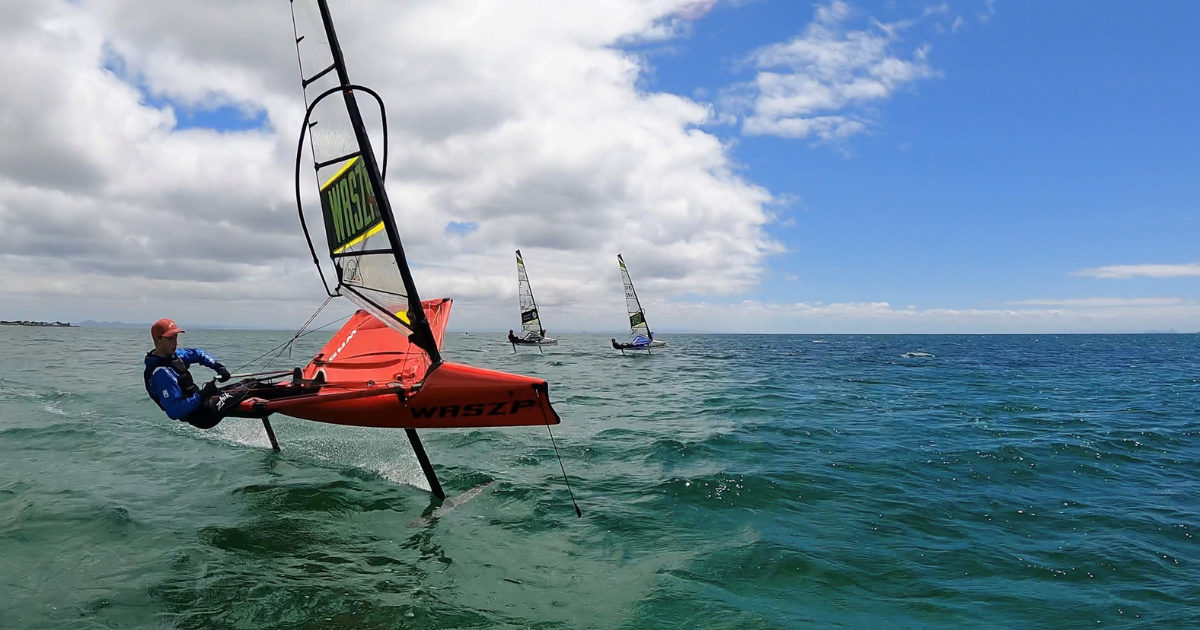 A PAIR of Indented Head brothers is making waves on the sailing scene as both boys prepare to represent Australia on the international level.

Aidan and younger brother Callum Simmons are both blitzing their respective categories in sailing with the whole family preparing to head overseas to watch their boys compete against some of the best sailors in the world.

Aidan, 14, reigns as the current Australian Optimist Dinghy Champion thanks to two years of dominance on the dinghy circuit, winning 15 total regattas including two national championships and four state titles.

Aidan will be competing in the 2022 Optimist Dinghy World Championships later this year in Bodrum, Turkey, a regatta only the top five ranking sailors in each country are invited to attend.

“I am really excited about testing my skills against the best junior sailors in the world,” Aidan said.

Callum, 12, is making a name for himself in his own right chasing his older brother at the national level.

He placed sixth at the 2022 Australian Optimist Dinghy Championships, narrowly missing out on a spot in the world championship event.

Callum will still get to represent Australia at the Optimist Dinghy European Championship in Sonderborg, Denmark, competing against some of the best Optimist dinghy sailors from Europe and around the world.

“I am really excited about going to another country to compete in such a big event,” Callum said.

“I am excited to experience the different wind and water conditions compared to those on Port Phillip Bay. I can’t wait to see the different places in Denmark.”

The brothers both attend Christian College at the school’s Drysdale campus and maintain a strict training regime training three times per week.

Aidan is also a member of the Barwon Sports Academy.

A perk of having a sibling that does the same sport according to both brothers, is the option of having them as a training partner.

“Having my brother as a training partner is pretty good because there is no hassle getting on the water or anything, it’s just set a time, and go,” Callum said.

“Another reason is that he is the current Australian Optimist Champion and not many people have the option to train with people like that every day.”

The 2022 Optimist World Championship will begin on June 27 and the European Championship is scheduled to run from July 30.

Aidan is also slated to take on the International Waszp Games sailing event on Lake Garda in Italy between July 11 to July 16.