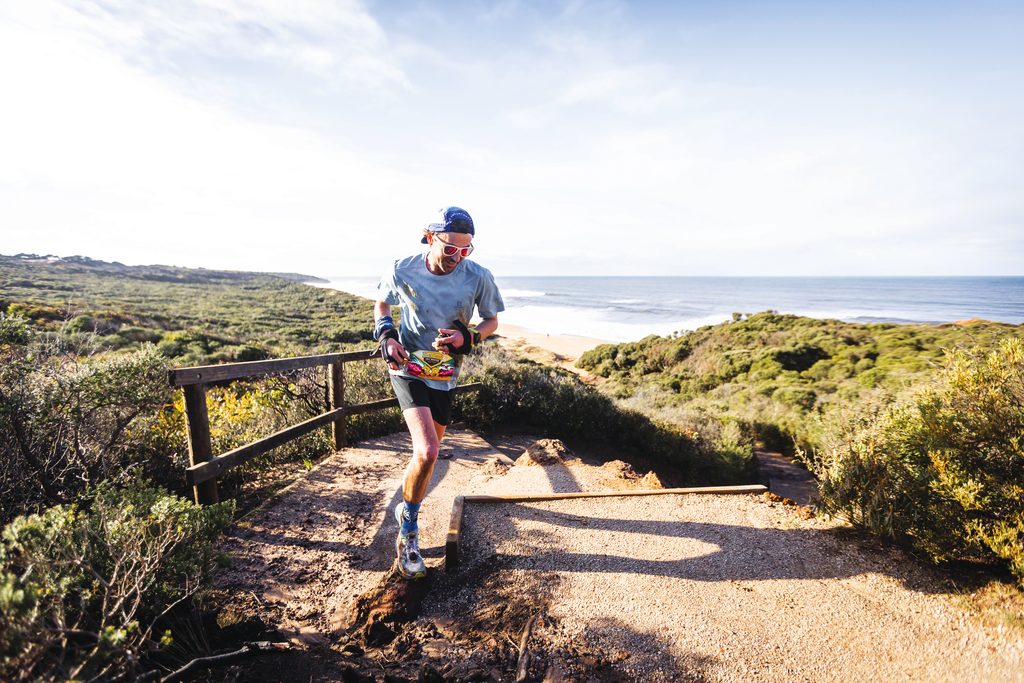 One of the many runners to enjoy the views offered up by last weekend's Surf Coast Trail Marathon. Photos: SUPPLIED

THE trail running community was back in full force this past weekend as 600 runners competed in the Surf Coast Trail Marathon on Saturday with half taking on the full 42km trail.
Not only did the buzz of returning to regular long-distance running events create an electric atmosphere for the competitors, but the weather also held up for perfect conditions from Torquay to Fairhaven.
Adding to the excitement was the performance by South Melbourne runner Matt Whitaker, as he finished his race in two hours and 59 minutes (2:59:21) falling just eight minutes short of the marathon’s all-time record.
Victoria Cole of Collingwood reigned supreme on the women’s side, finishing with an impressive time of three hours and 45 minutes (3:45:18).
Both winners from the half-marathons finished their efforts in under two hours as Daniel Loughnan (1:29:14) and Anna Kean (1:45:34) won their respective races. Meanwhile, Nick Bensley and Annabel Luxford took home the teams event in just under three-and-a-half hours (3:24:09)
Race director Chris Ord from Tour de Trails says it was great to see runners come out to participate in this year’s race, particularly those from Melbourne who had endured the worst of the recent lockdowns.
“You could sense the relief,” Ord said.
“Not just in those crossing the line moments, but just in people coming together, being able to catch up in person and enjoy the unique camaraderie that events like these create.”
After what has been a difficult year or two for event and tourism operators on the Surf Coast, Ord has unfortunately had to cancel events and switch to more virtual alternatives during that time.
However, Ord said he hoped some normality can be maintained throughout the rest of 2021, with the Afterglow Night Trail Run expected to go ahead in November where participants will run from Point Addis to Torquay.