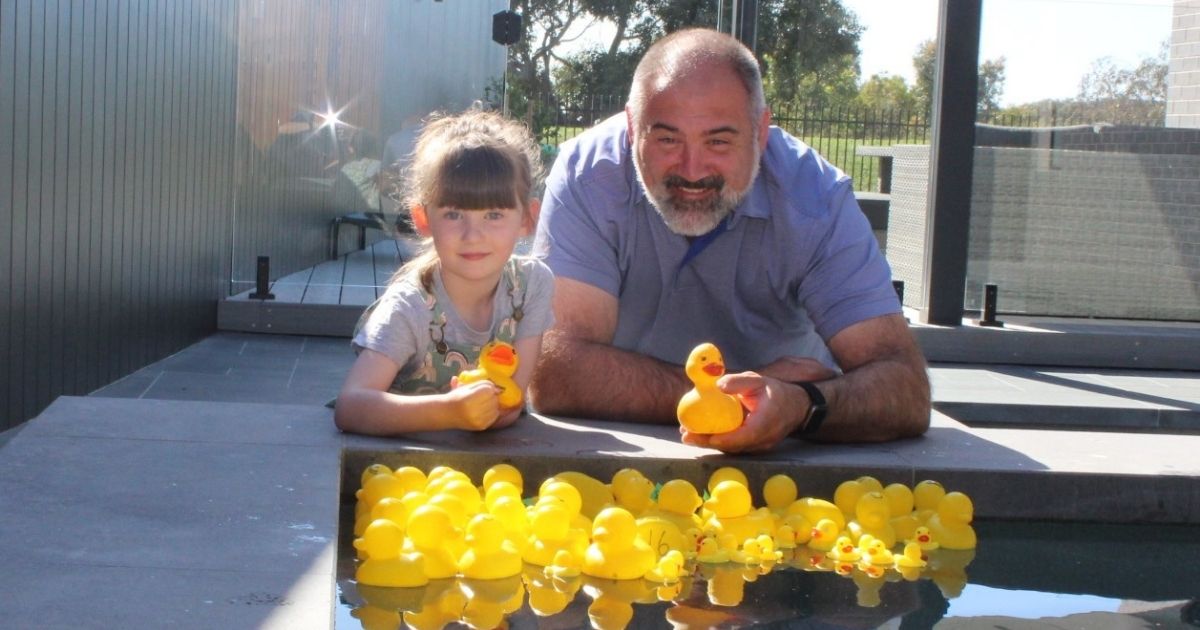 The race is on to adopt a rubber ducky to be in the running to win at the coveted 2021 annual Torquay Lions Club Beached Duck Races.

Following the success of last year’s inaugural event, the Lions have plans to make this year’s fundraiser on December 11 even bigger and more fun the second time around.

“Our club is aiming for 300 ducks – the little yellow type that float – to race off in heats,” Lions Club president Neil Roche said.

“The exact venue and time will be announced on the day, subject to weather and tides.”

Mr Roche encouraged Surf Coast residents or anyone interested to adopt a bright yellow racer for $10 per duck.

“If all ducks are adopted for race day, and thanks to our sponsors donating prizes to the value of $500, the Lions will raise $3,000 to put back into the community,” he said.

“We suggest you get in quickly before they are all adopted, as happened last year.”

Mr Roche assured the community that measures were in place to ensure no plastic ducks would be lost to our oceans and waterways.

“It’s been a difficult year for many, including for the Lions to get together and fundraise,” he said.

“So, the idea of a bit of fun, and the ability to financially support our local community, is something to which the club is looking forward.”

Prizes for this year’s event are yet to be announced but will be published on the Torquay Lions Facebook page @lionstorquay.
Other updates and the live-stream of the race will also be on the Facebook page.

Tickets are available through the Lions’ Torquay website by hitting the ‘shop now’ button. A duck number will be emailed to you.

“You can also catch us selling in Gilbert Street, or at the Farmers Market during November,” Mr Roche said.