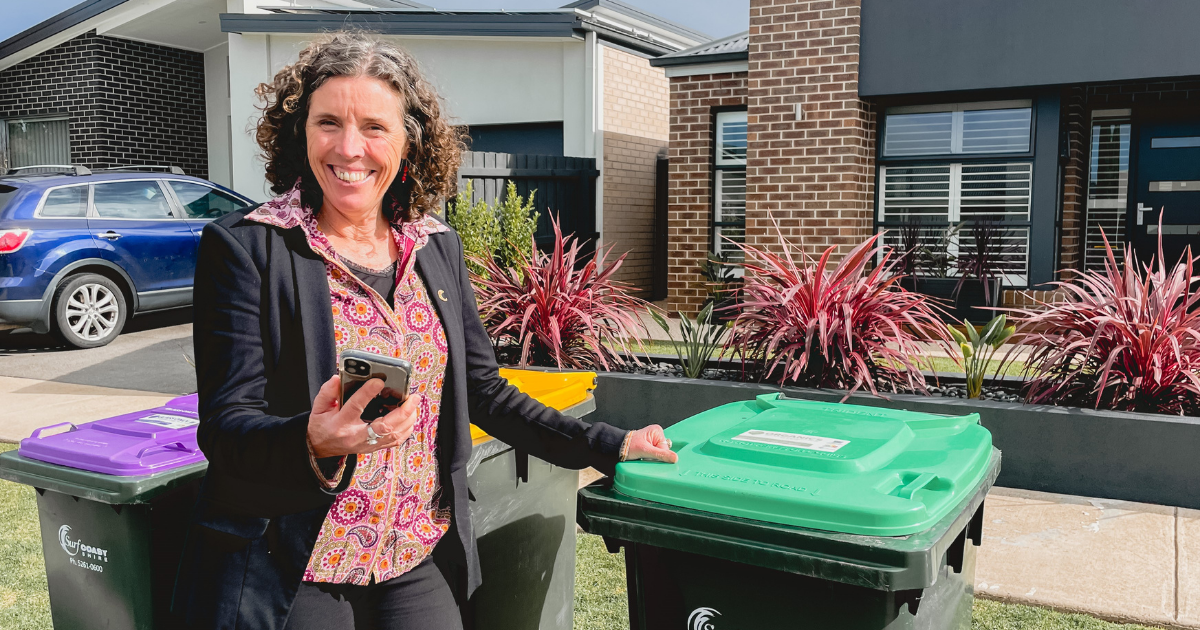 A SURF Coast Shire council app designed to make bin night easier for residents has hit over 10,000 downloads, more than one in four of the region’s estimated population.

The Surf Coast Rubbish and Recycling App (SCRRApp) was launched after the February 2021 rollout of the four domestic bins to households to assist with updated collection cycles and new rules around what constitutes waste and recycling for each bin.

The app can also provide reminders about bin night, changes in service such as extra collections or a red fire day and also has a download for a collection calendar.

“It’s been helpful to remind me which bin goes out each week, rather than play follow the leader with my neighbours,” mayor Libby Stapleton said.

“There’s also a handy search tool to confirm you’re putting the right things in the right bin, which is vital to avoid contamination or recoverable resources ending up in landfill.”

The four-bin rollout and app are credited by council for helping achieve a 72 per cent diversion of waste from landfill, resulting in a 32 per decrease in waste being deposited to landfill.

A 46 per cent increase in organic waste being recovered via the green lidded FOGO bins has also been recorded, alongside 1599 tonnes of glass being recovered, processed and reused locally via the purple lidded glass only bins.

“The sorting of household waste is a simple step that we can all take,” urged Cr Stapleton.

“It contributes to our goal to work towards zero recoverable waste going to landfill, in line with the concept of a circular economy where materials continue to be reused rather than becoming waste.”

To download SCRRApp, visit the iTunes or Google Play app stores. Details can also be found at surfcoast.vic.gov.au/SCRRApp