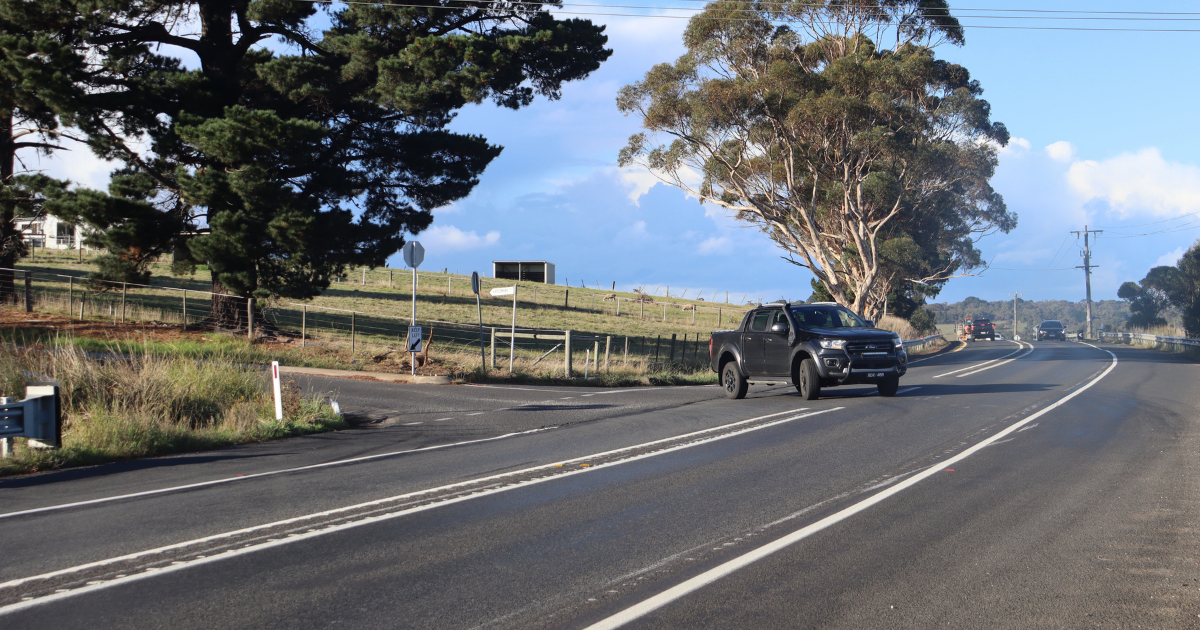 Right turns on to the Anglesea Road from Grossmans Road will no longer be allowed when an upgrade of the intersection is complete. Photo: TIMES NEWS GROUP

A CLOSURE of the Anglesea and Grossmans Roads intersection is expected to last up to six weeks as roadworks at the dangerous juncture are carried out.

The project is designed to improve safety at the intersection where poor sightlines make turning right onto the 80kmh Anglesea Road dangerous and will cost $990,000, funded via the state and commonwealth governments.

Between 2011 and 2021 there were three crashes at this intersection, each involved multiple vehicles and resulted in three people being injured, two of them serious.

One of the two main north-south routes to the Great Ocean Road from southern Geelong and the Princes Highway, carrying a high volume of traffic that is a mix of locals and tourists, drivers along the Anglesea Road can expect delays during construction as the speed limit is halved to 40kmh and the road reduced to single lane during work hours.

Drivers who use Grossmans Road, one of three key roads linking the Torquay/Jan Juc townships with Anglesea Road, can similarly expect delays to their commute as it will be closed to through traffic west of Merino Drive/Ashmore Road until the intersection upgrade is complete.

Detours along Ghazeepore and Coombes Road are in place during works and drivers are advised to allow an additional 10 minutes for their trip.

Constructions crews will be onsite from Monday to Friday, 7am to 5.30pm.