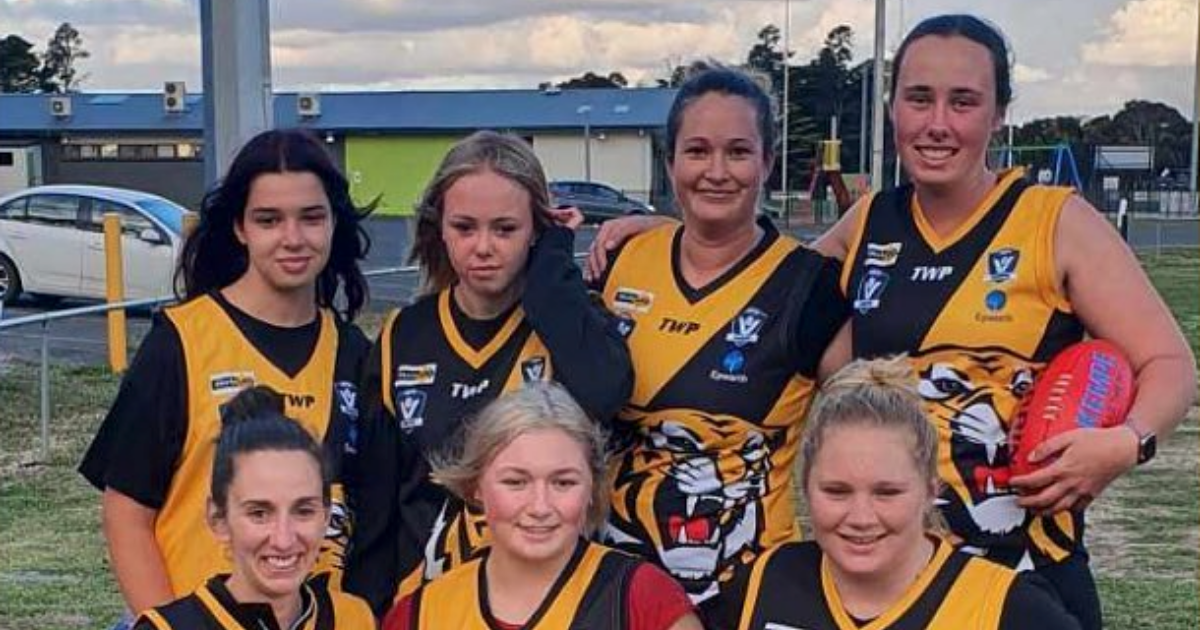 Bannockburn Tigers are set to field its inaugural senior women's side in 2022, as will many other clubs. Photo: SUPPLIED

CRICKET competitions across the region might have resumed the second halves of their seasons, but for many football clubs the preseason preparations have well and truly begun, particularly on the
female front.

Thanks to the hard efforts of the Barwon Women’s Cricket Competition, more female teams than ever have jumped aboard.

Now, sporting eyes look towards AFL Barwon to see how female football starts to gear up for season 2022 with women’s participation continuing to rise.

The growth in female football across the Geelong region has seen AFL Barwon realign its objectives with a few main points being the driving force for women’s participation.

As a result of the increased demand of the game, $67 million worth of investment into football and netball club facilities across the region, with more than 60 projects completed thanks to local, state, and federal government funding.

The interest continues to gather as more and more clubs throw their hats in the ring to create their inaugural female sides.

Bannockburn Football Club was not quite able to get their first senior women’s side up and running in season 2021, but this time around is a lot more promising.

“We do have enough for a team but there is always room for more people.

“We’ve done a lot of social media promotion in regard to attracting women to club, which has been good, not great, but good enough.”

Bannockburn already had an Under 12 and Under 15 football side last season for its female program, while an Under 18 side fizzled out due to COVID-19 and schooling commitments.

“These next one or two seasons will be pivotal for a lot of clubs to develop their current female players,” Smith added.

“Then, within a couple of years, we along with many other clubs will hopefully have a full complement of female footballers.”

On the other side of the Geelong football landscape is the Leopold Lions, who find themselves in a slightly less advantageous position in terms of numbers, but remain optimistic the sport’s growth among women is solid and participation will only increase.

“We’re trying to push into Under 18s and then into the women’s competition at the moment,” Lions president Richard Hockley said.

“The end goal for us is eventually to have 50/50 participation in men and women’s football at the club.”

Mr Hockley said it was hard to deny that women’s football was developing at a quick pace and that word of mouth from existing female players would lead to higher numbers at the senior level.

“At our core, Leopold really is a community-first club.

“We provide a service to our community, so it’s only fair we continue to add time and resources into our female players, it just goes hand in glove with creating an awesome social network at the club.”

Play in the GFNL and BFNL is set to start on April 2, which indicates a similar date will be expected of AFL Barwon’s senior women’s competition, with more details to be released in coming weeks.