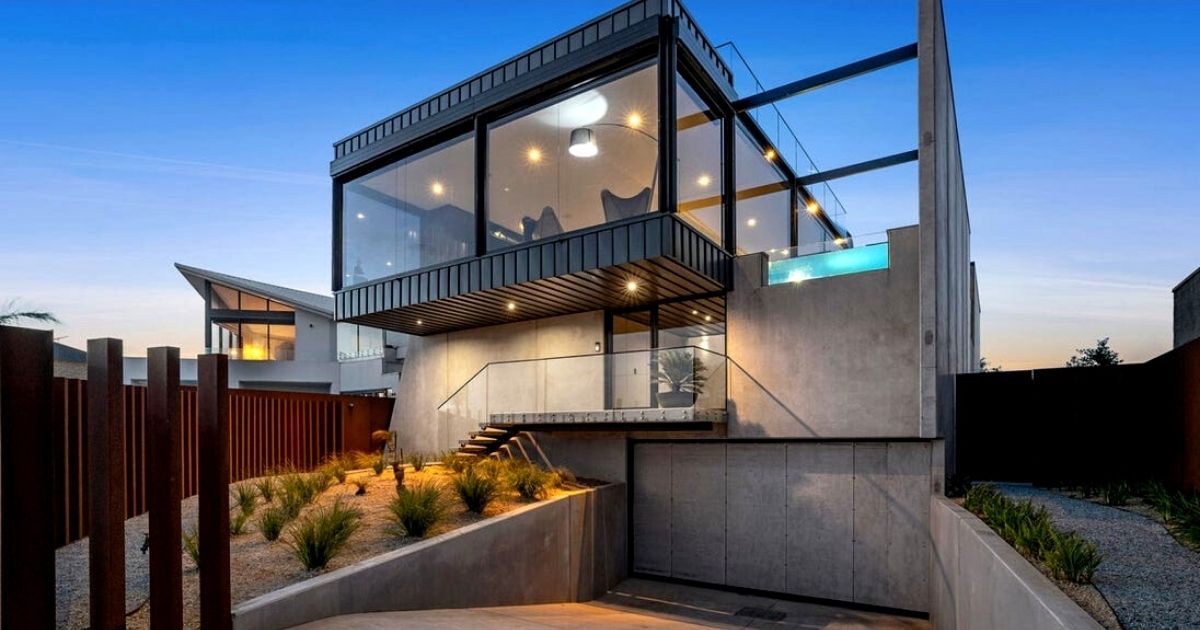 A luxurious architect-designed home with uninterrupted views at 189 The Esplanade has sold for what is believed to be a new price record for Torquay.

McCartney Real Estate director Tim Carson said while the final sale price was undisclosed, the stunning property sold just below the indicative price of between $5.9 and $6 million.

He said from their research it appeared to have set a new benchmark for the sale of a residential property in Torquay.

In August last year “Melaleuca”, a 1920s-era home with a detached apartment at 18 The Esplanade, became the most expensive to sell in Torquay when it changed hands in an off-market deal for $5.5 million.

Mr Carson said the property at 189 The Esplanade was sold to a Geelong buyer who wished to remain anonymous but both the vendor and buyer were delighted with the outcome.

The beachfront property is set on an 745sqm allotment and boasts standout features including a floating glass pool with ocean views, elevator, rooftop terrace and eight-car garage.

“It is honestly the best house that I have seen in Torquay,” Mr Carson said.

“The architecture and the attention to detail, the look and the feel, there was no expense spared.

“The owner’s built it as their retirement home … what has changed their mind is purely COVID. Not being able to travel overseas and chasing the warmer weather, they are going to move to Queensland and be closer to family.”

Mr Carson said the property was on the market for 12 months and during that time there had been about 30 inspections before the ideal buyer in that price range came along.

“Compliments to the owners too, not once did they waver, they were always adamant that that’s the price they were wanting to achieve,” he said.

“They have been absolutely awesome and I’ve kept them updated on a weekly basis.

“I’m absolutely rapt to have had the opportunity to sell it and the vendors and purchaser are both very happy and both are very nice people.”

Mr Carson said McCartney Real Estate was also excited by another stellar listing, with the upcoming auction of three vacant blocks of land on the corner of Cowrie Road and Felix Crescent in sought-after Old Torquay.

“Since I put the signs up it is amazing the interest I’ve had. People from Singapore and Canada have already called me,” Mr Carson said.

“The inquiry I have had already is unbelievable.

“I’m so chuffed to be able to sell those blocks and this will be the best auction I reckon I’ve ever done in my life.”