Athletes ready to raise the bar at Geelong Arena VICTORIA’S best gymnasts will converge on Geelong Arena this weekend to decide the state’s best in the lead-up to the national championships in May.

Gymnastics Victoria is ready to host its third Senior Victorian Gymnastics Championships in Geelong from Friday to Sunday exhibiting a range of disciplines.

Geelong has not hosted the state championship since 2019 due to COVID-19, but Mr O’Neill said the event’s return will be a landmark event signalling the sport’s return from the pandemic.

“For us the state championships are a real signpost for the sport that it is indeed back,” Mr O’Neill said.

“Hosting events and being able to see athletes and coaches together mingling and enjoying competing again against each other is fantastic.

“Clubs have been back training since the start of term one busily preparing for these big events so it’s great for us to have our schedule back on track.”

The senior state champs are one of four major events that are hosted in Geelong each year thanks to a partnership between Gymnastics Victoria and City of Greater Geelong dating back to 2018.

“Over the course of the year we have 2,500 athletes and 85 clubs travel to Geelong to compete over the four events and approximately 450 gymnasts from 60 Victorian gymnastics clubs for the senior state championships alone,” Mr O’Neill said.

“We have terrific ease of access to the venue as well as a direct trainline from the Melbourne CBD to Geelong Arena’s doorstep, so we are again very much looking forward to returning again.”

Two standout athletes have already confirmed competing in the event.

Tickets to the event can be obtained at www.tickets.geelongaustralia.com.au/. 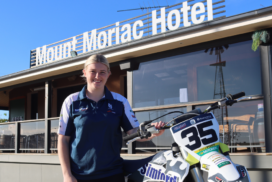 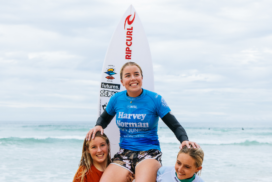 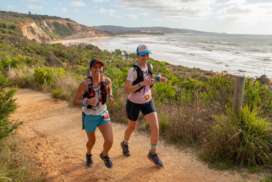