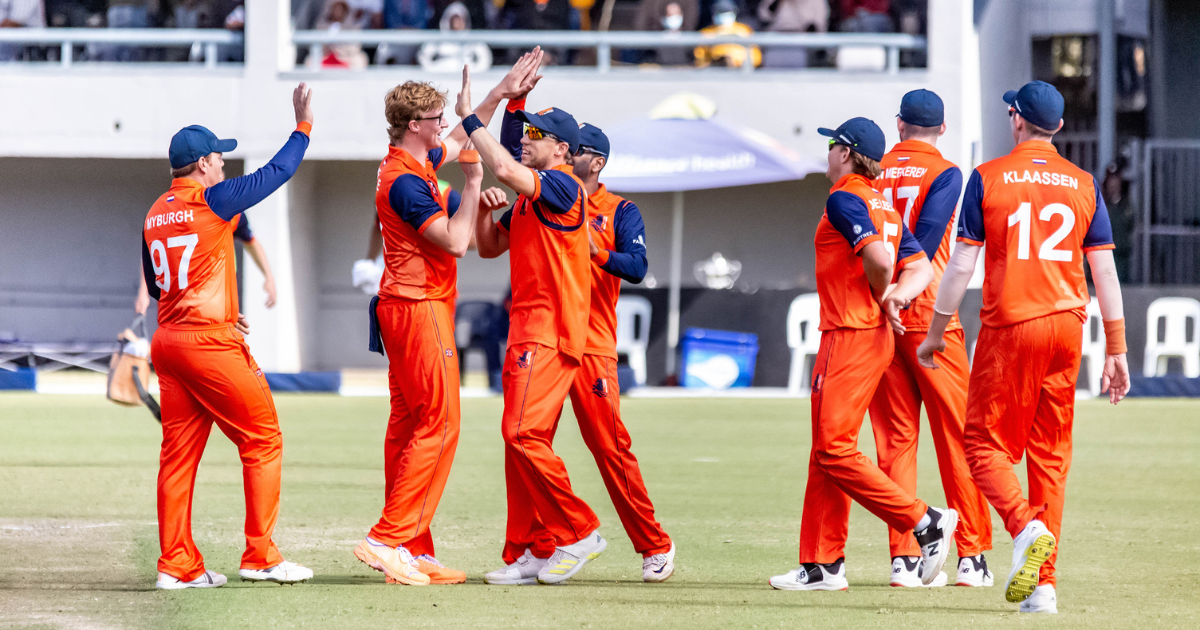 The Netherlands won the final place in Geelong's T20 World Cup fixture and will help kick off the tournament in October. Photo: ICC/TWITTER

THE NETHERLANDS has earned the final place in October’s T20 World Cup draw and is on its way to Geelong for the tournament.

An International Cricket Council qualifier in Zimbabwe last week decided the final two places in the showpiece event, with the Dutch winning through to earn three games at GMHBA Stadium to kick off the tournament.

The Netherlands chased down USA’s total of 138 with seven wickets and an over to spare in the semi-final of the play-in event to win its place.

They lost the decider against the tournament hosts, but a final berth was enough for both sides to win through.

The Netherlands will take on three-time finalist and 2014 world champion Sri Lanka, Namibia and the United Arab Emirates across three double-headers at Kardinia Park on October 16, 18 and 20 to launch the World Cup.

The top two sides from the opening group round will qualify for the Super 12 stage and play against the world’s cricket heavyweights.

This year’s tournament will be the Netherlands’ fifth appearance at the world’s marquee T20 tournament.

The team’s previous best performance was in 2014, when it reached the Super 10 stage and earned a historic 45-run victory against England.

Australia kicks off its campaign on October 22 against New Zealand in Sydney, with the tournament to culminate in a November 13 final at the MCG.