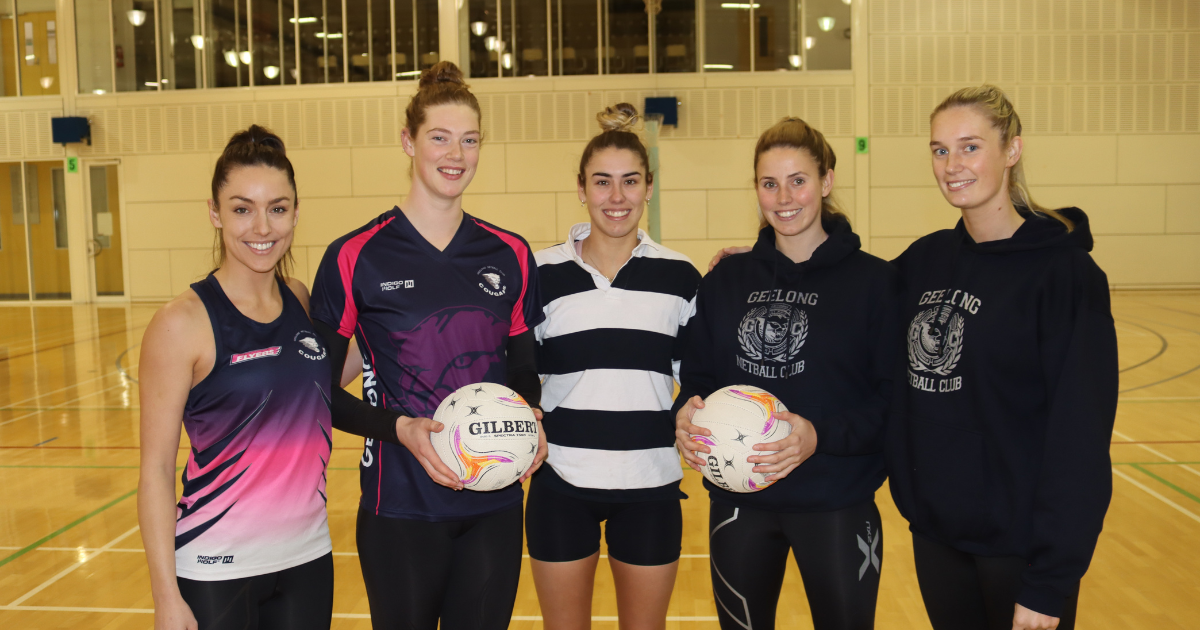 GEELONG Cougars will be well-represented at next month’s Australian Netball Championships (ANC) when five of its own will compete against the nation’s best emerging netball talents.

The inaugural tournament is slated to take place from August 22-28 at the Gippsland Regional Indoor Sports Stadium in Traralgon and will replace the Australian Netball League played in previous years.

“It’s a massive honour and a little bit of a surprise for me personally,” Honner said at training.

“I am still recovering from a shoulder injury so I wasn’t sure if I would make the squad or not, but I’m really happy especially given the tournament will go ahead this year after two postponements.”

Honner was selected to the Melbourne Vixens-affiliated Fury squad for the past two years, but due to COVID-19, both ANCs were cancelled in consecutive years.

“When we were going through state squads as a junior for nationals, they were so fun, just being able to bond with your teammates over the span of a week playing netball was always a good time,” Honner said.

“Back when I completed final junior state team, I was a bit sad it was all coming to an end, but now we get this opportunity again to do something similar, I’m just super excited.”

Augustini will find herself donning a different uniform to her four fellow Cougars after being selected to the Magpies’ ANC roster.

The centre/wing attack was part of the Magpies squad based in Tasmania a year prior to the pandemic, but the Newtown & Chilwell Eagles representative sees a great opportunity for Victorian athletes to test their mettle in another Victorian squad.

“It’s good to see a bit more opportunity for young Victorian athletes to get another look in, but even still the affiliation with Netball Tasmania was a great thing as well as they had success with that collaboration,” Augustini said.

“For me, though, it’s a huge honour as always and I guess speaking to the younger athletes that are coming through, there are just so many good juniors coming up.

“As one of the older and more experienced players it always feels like another year of being able to play at the top level. It’s exciting.”