Skinner, Plummer, McDonald in the frame for Round 1 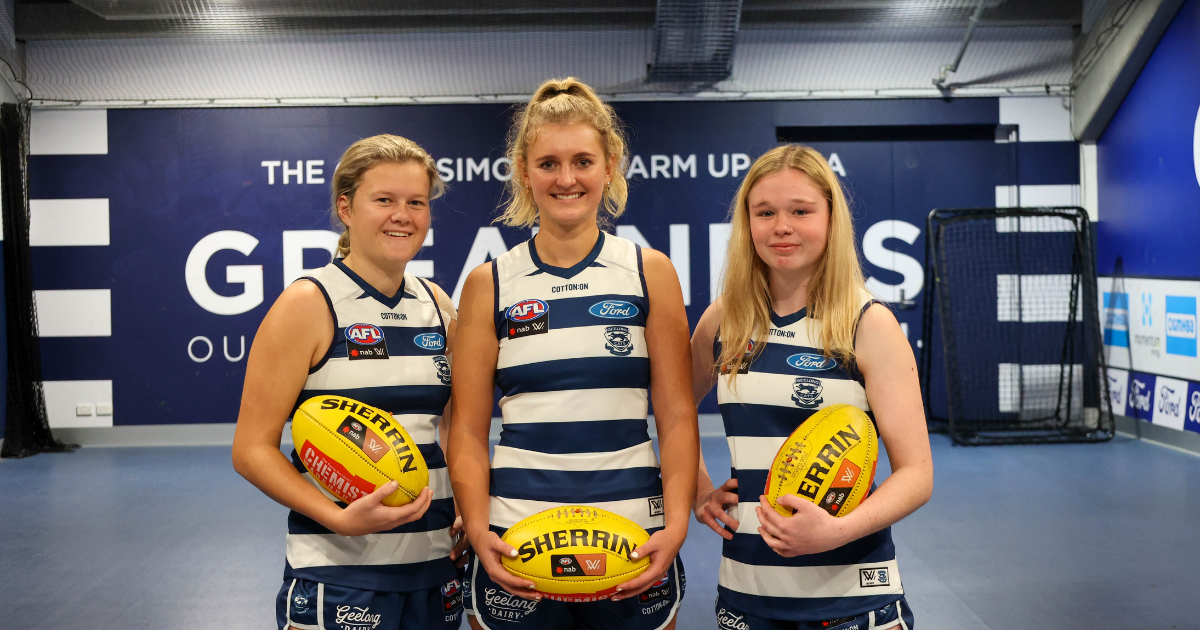 THREE star youngsters are on cloud nine following their selections to the Geelong Cats last during last week’s AFLW Draft.

Mia Skinner, Brooke Plummer and Abbey McDonald were picked at 33, 42 and 55 respectively and will join fellow newcomers Ingrid Houtsma, Jacqueline Parry, Shelley Scott and Samantha Gooden, who were signed during the league’s trade period.

Skinner is no stranger to the Cats and the region, growing up playing through the Torquay Tigers junior program and featuring in Geelong’s VFLW side as deputy vice-captain just last season.

Geelong head of women’s football Brett Johnson said the club was more than happy to welcome Skinner back to the Cattery.

“To get Mia back to the club is fantastic.

“With her injuries in the first couple of years at the Cats, we had to let her go, but her form in the VFL has been fantastic, so it’s great that she gets another opportunity.”

A long-time Cats and Jimmy Bartel fan, Plummer said it was a dream come true to represent the blue and white hoops.

“I was really, really nervous on draft night, my heart was pumping out of my chest,” Plummer said.

“I’m glad it’s all over now and I’m ready to get to work.

“It’s one of those things that every draftee wants, so I’ll be working very closely alongside the coaches, just pushing myself as much as possible, training as hard as I can, but also just enjoying the experience.”

Geelong’s final pick in McDonald, a multi-faceted defender out of the Calder Cannons, will bode well for the Cats’ need for utility players, according to Johnson.

“Abbey is a real competitor, and we love the way she plays,” he said.

“She defends first and is able to work off her opponent and contribute to our attack.”