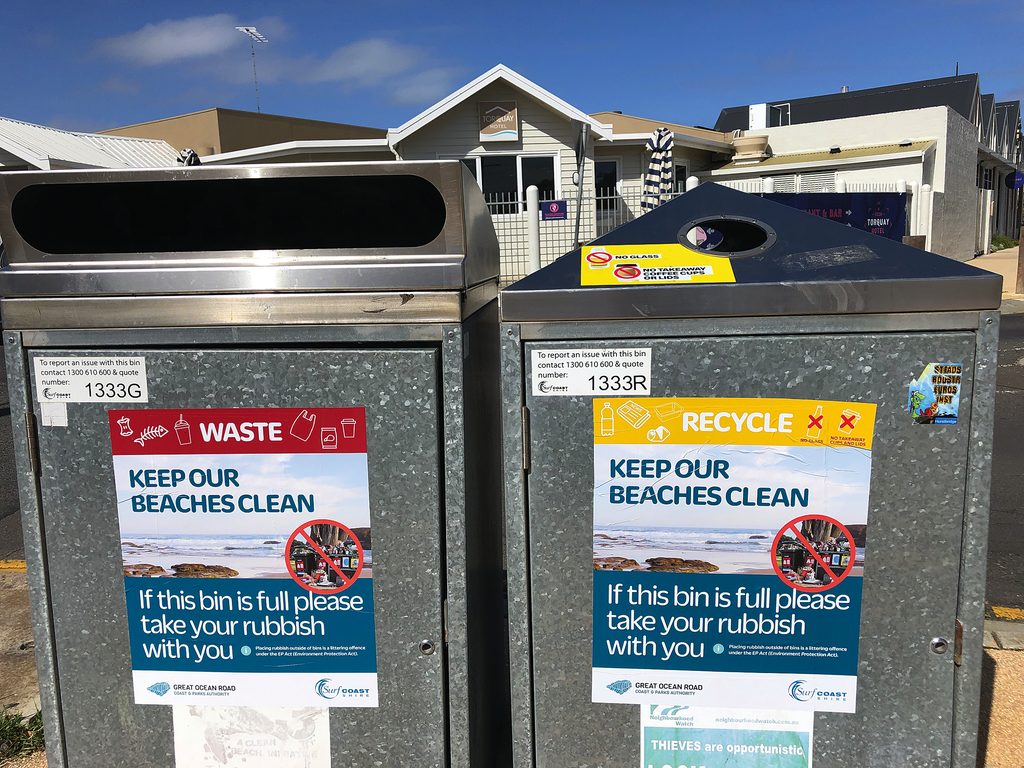 Glass is banned from this recycling bin outside the Torquay Hotel. Photos: TIM LAMACRAFT

IT’S been almost a year since the Surf Coast Shire Council (SCSC) banned glass from its 98 public recycling bins, despite rolling out more than 20,000 dedicated household glass recycling bins across the local government area. The four-bin rollout was first announced by the SCSC in February 2020, then councillor David Bell stating “we should think of resource recovery not waste disposal,” and “we need to take a different approach to waste and recycling – to avoid it in the first place and better manage what we do produce”. Current policy is for people to put otherwise recyclable glass into general waste bins, take it home or drop it at a council-managed waste station. According to council’s acting manager governance, John Bertoldi, a need for public glass bins is “still to be determined”. He says the Great Ocean Road Coast and Parks Authority also share some responsibility for public bins. “Inspections of public bins indicate the amount of glass is minimal compared with other waste types. The glass observed is mostly alcohol-related. Alcohol should not be consumed in public places.” The SCSC website states that “removing the glass is a simple thing to do, but it has a huge impact on the quality of the other recyclable materials collected”. “The broken pieces contaminate the paper and cardboard, plastic and metal, which makes those materials less valuable and harder to recycle.” John Bertoldi says council has not incurred any costs due to glass ending up in recycling bins where its banned from, he cites coffee cups as the most significant source of contamination. Council “is adhering to relevant Recycling Victoria guidelines for households to have glass bins by 2027, but there is no requirement for public glass bins,” he said. “The forthcoming state-wide Container Deposit Scheme, CDS, will also establish collection points for certain glass bottles. These will be established in 2023.” Council’s 2020-2021 annual report notes that the says the February 2021 rollout of four bins is its largest-ever waste reform. Robyn Seymour, chief executive officer, says the introduction of new purple bins and the additional cost of separating glass is $308,000. 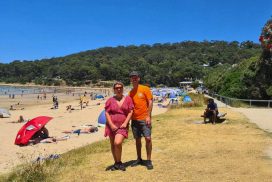 BY TIM LAMACRAFT A SHORTAGE of workers still plagues businesses… 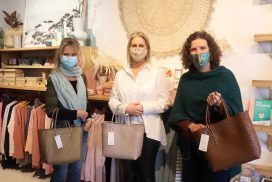 Personal challenge was Kirsty Tweddle’s motivation behind a swim she…