Footy feast for first round of finals 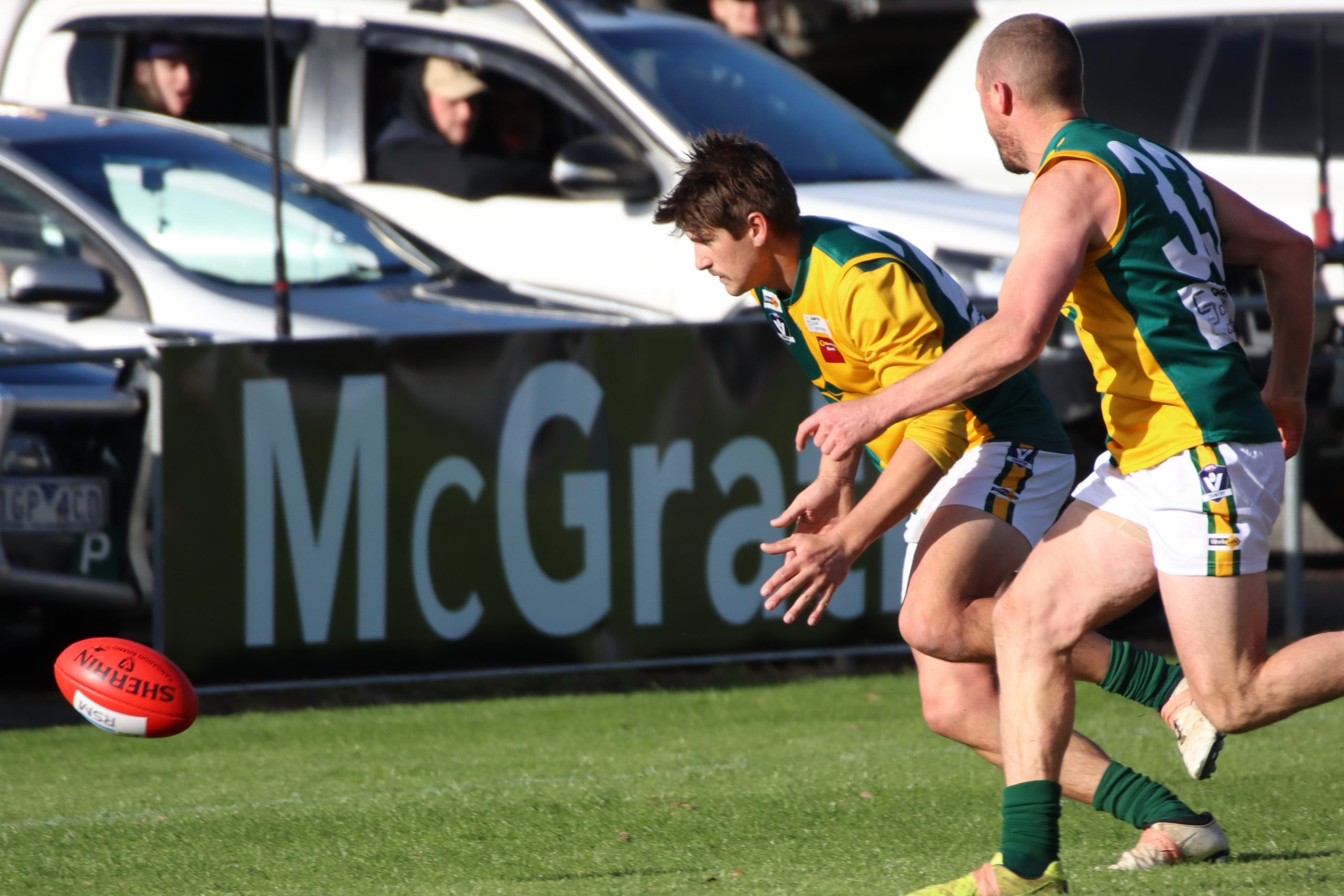 Full speed ahead: Gordon are charging into the finals as minor premiers and unbeaten in 2021. Photo: FILE

The last time these two sides met it was back in round 7 of 2019 where the Eagles were comfortable 64-point victors.

A lot has changed since then with the appointment of Glenn Wilkins paying dividends for the Towners, charging his young side up into the top four.

There tidy defence will have to be on their very best against a powerhouse forward line that is spearheaded by Eagles Captain, Adam Toohey, who has kicked 32 goals in 11 games in season 2021.

In their last encounter, Toohey was the difference maker with five majors; expect the in-form Will Henderson to get the job in what is set to be a mouth-watering dual.

With too much firepower you have to go with the home side in this one; however the Towners have claimed upset victories over Skipton, Newlyn, Buninyong and Rokewood-Corindhap this season, so fans will certainly dare to dream.

For the first time in season 2021 the Burra host the Hoppers in the second qualifying final with both sides internal expectation to be progressing to the next finals stage.

In their last encounter back in round 13 of 2019 Hepburn were far too good for the rebuilding-Rokewood of that era with Sam Dunstan booting six goals in the ten-goal plus win.

Since then the transformation from the Hoppers has been a joy to behold with some smart recruiting in the off season built around there very own home grown talent helping showcase why many pundits see them as a genuine contender for their first premiership in the Central Highlands.

But in finals footy the Burra continue to produce the good, still a side almost unbackable when it comes to September.

Prediction: Hepburn in a tight one.

A repeat from last weekend’s Round 17 action as Buninyong host Skipton in a do or die elimination final.

The Bombers ended up with the 28-point victory after some wayward kicking cost the Emus throughout the afternoon.

Jack Robertson and Mitch Gilbert continued their stellar seasons with both players named by their coaches best on field for their respective sides.

Both will no doubt be heavily featured in this year’s league best and fairest as outsides chances to take the medal home.

Demons may still haunt the Bombers in finals footy after being bundled out in straight sets in 2019 as the competition’s minor premiers, with Emus once again securing a “free swing” if you will after finishing in the eighth position on the ladder now twice in a row.

A midfield that just knows how to find the footy, a dynamic forward line and nothing to lose may just equals a recipe for success for Skipton.

Prediction: Skipton in an upset.

Traditional rivals close out the first week of finals footy with the Tigers hosting the reigning premieres Waubra in a genuine flip of the coin.

Back in 2019 it was a tight encounter with the Roos scraping home by eight points despite failing to score in the opening term of that match.

When these two sides go to battle there always plenty of feeling in it with the experienced heads of both outfits happy to leave it all on the line… adding finals intensity and you have got your pick of the finals matchup’s this weekend.

Having had the bye in the final round of the home and away season, the Tigers aging bodies of the likes of Joel Mahar, Bill Driscoll, Chris Quinlian will benefit off the back of lockdown 6.0, hopeful final season interruption and may give them the important fresh legs to run this one out as victorious.