How long can the Lions roar for? 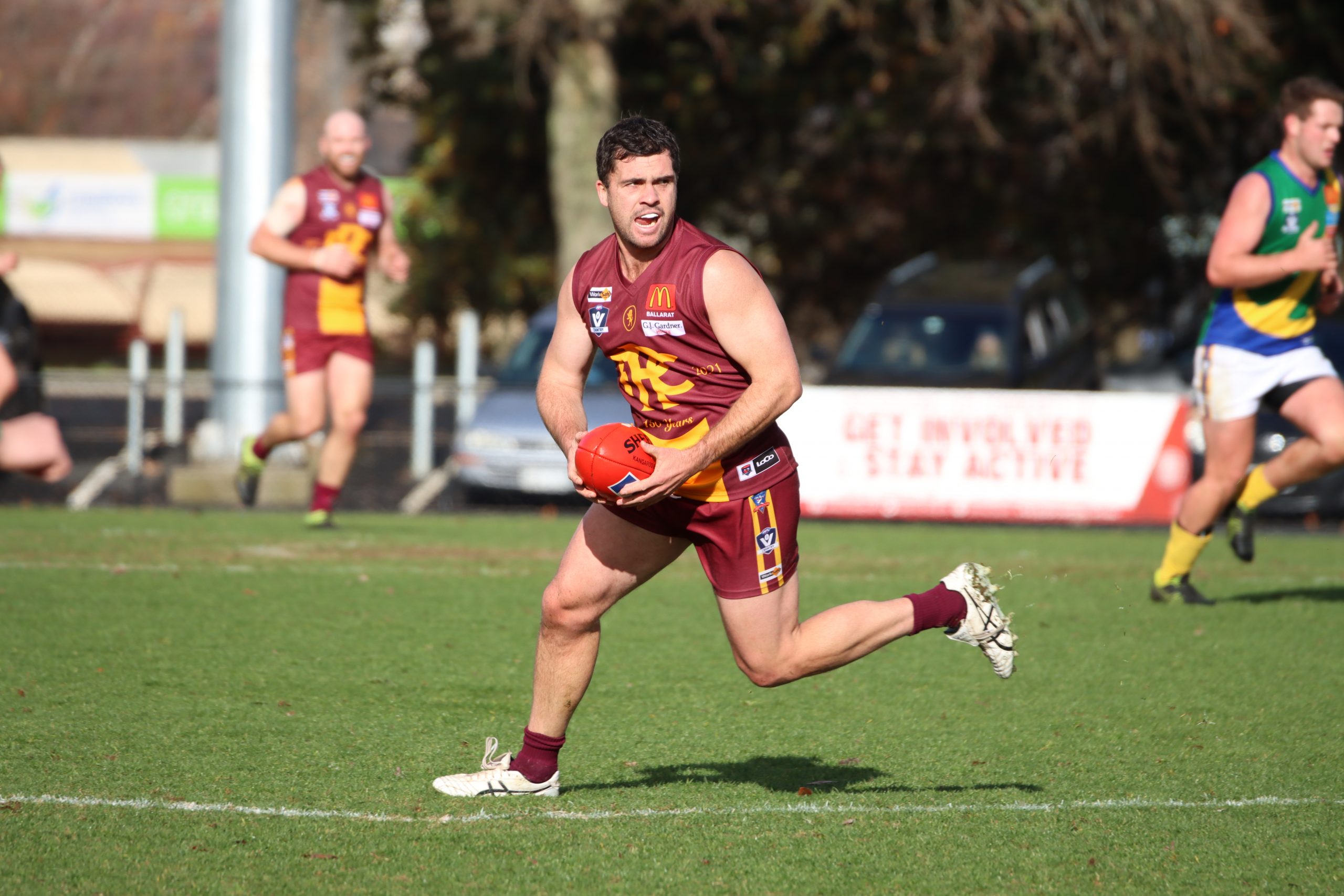 Mane man: Redan’s Grant Bell had a goal on Saturday, that form will need to continue if the Lions want to get over the top of Sebas in round eight. Photo: ALISTAIR FINLAY

THE Burra host the Lions in a big clash at the Marty Busch Reserve where it is being billed as an old fashion eight pointer in the McDonalds Ballarat Football League.

Sebas would be disappointed in themselves last time out with some poor conversions in front of the big sticks costing them in their clash with Sunbury.

Ex-Brisbane Lion Matt Austin was Sebas’ best in his first game of the season, however he’ll be under an injury cloud going into this one.

Redan bounced back as the mid-season COVID 19 break came at the perfect time with superstar Lachie George not missing a beat in another four-goal effort.

They’ll need all of George’s best in this one with Ryan Noether expected to return and get the job on him again after his terrific head-to-head performance back when these sides last met in the 2019 semi-final.

Prediction: Sebastopol in a flip of the coin.

With both sides are desperate to bounce back after big losses in round seven, and this one shapes as an opportunity for either to gain a vital four points.

The home side will be happy to be back at Maddingley Park, a venue where they are undefeated so far this season.

The Lakers regained some vital top end talent in Josh Bibby, Lane Buckwell and Nathan Pring and even though they lost by a comprehensive 40-point margin, they will be better for the run.

Bacchus Marsh is reliant on Jake Owen and Aaron Willits to kick a score week after week and if they are able to negate the defensive prowess of Lachie O’Connell and Callum McKay, they should get the chocolates in this one.

A battle of the two most disappointing sides in the competition this season with the back-to-back premiers East Point looking to kick-start a resurgence up the ladder against the bottom placed Darley Devils.

The Kangas were narrow losers in an all-time classic against the Swans last weekend with the return of Jake ‘The Excitement Machine” McQueen and Jordan Johnston not enough to see them to victory.

On the flipside, Devils back six couldn’t hold up with the quick ball movement from Melton South catching their defence out on a number of occasions.

Captain Shane Page is expected to return to help stem the flow but it’s hard to see them getting closer to an East Point line-up that will be desperate to impress.

Match of the round as the top two sides in the comp go to battle in an important clash to determine who the current premiership favourite is.

Big emphasis on the fact this one is it’ll be played at Mars Stadium, with the Bloods not having near as a good record up the highway as they do closer to home.

Both sides play a similar brand of football with key forwards hitting high up the wing and Harry Loader for the Roosters, and Carter brothers for the Bloods, are great exponents of that.

On paper Melton will still be without arguably a couple in their best 22 but the return of vice-captain Ben Archard was vital and the big man will have to feed the outside leg speed of Jack Walker and Lachlan Hickey to utilise Mars’ vast expanses to get them the victory.

Prediction: Melton in an upset.

Neither of these sides was expected by many pundits to be in the finals race, but a victory in this one should see them be entrenched in the top six.

This one was originally scheduled for the Melton Rec Reserve but due to  reshuffle to accommodate all sides getting seven home and seven away games, it’s now being played at Alfredton Oval.

The Panthers haven’t won back-to-back games since 2012 and now having to travel to Ballarat, it looks like that hoodoo will continue.

Dylan Conway skyrocketed to the top of the Tony Lockett Medal Race with nine majors last time out, with the potential of a big marquee matchup against ex-AFL footballer Josh Gibson a mouth-watering prospect for any spectators lucky enough to get to this one on Saturday.