How you doing? The BFL season so far 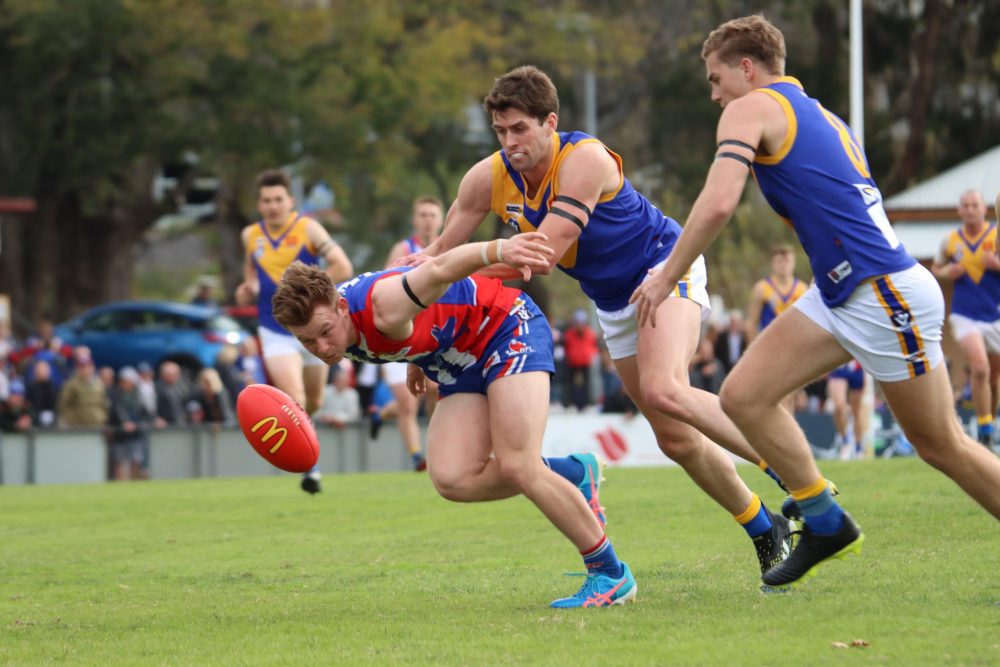 Game on: East Point and Sebas clashed on opening day with the ‘Burra getting the job done. Neither have gone on to amazing things since then. Photos: FILE

WITH the length of time until the season restarts still unclear, we’ve taken a look at how sides Ballarat Football League are faring.

Sides have been graded on their improvement from season 2019, current ladder position, fixture to come, consistency and their overall standard of footy.

The league only needs one more round of games and every side will have played each other ones, which is the minimum management need to consider a full season.

Lowlight: losing to redan by 54 points in round 3.

From the rock bottom to premiership contender, the Swans have had a remarkable rise up the ladder. A tough fixture to come including two pointless bye rounds, but one thing that Joe Carmody’s men have been able to do so far is overcome ever challenge thrown at them.

Highlight: a six-point win over Sebas in round nine.

Lowlight: pumped by the Roosters by 71 points in round seven.

Finals are a pass mark for the Cobras and realistically they are only couple of games away from achieving that goal. They play the top two sides in there next two encounters on their home deck, a venue where they are undefeated in season 2021; however their lack of speed through the midfield could be their downfall on making the top six or not.

Highlight: development of their home-grown talent

Lowlight: going down to Bacchus Marsh in round two by 56 points.

It has been a disastrous season for the Devils with the club suspected to go winless in 2021. The positive for Dan Roy’s men has been the emergence of some of their under-19 players in the senior line-up with the likes of Will Johnson showing he is a player of the future with six goals so far in his limited time.

Lowlight: getting dropped by the Swans two rounds later.

The reigning back-to-back premiers have had a rollercoaster of a season with the last couple of weeks before lockdown showcasing that they are still arguably the team to beat. The addition of Darren Jolly in the ruck, and Joel Ottavi from Williamstown, has helped the Kangas turn their only kink in their arsenal into their greatest strength.

Highlight: going over the Roosters by seven pints in round 3.

Lowlight: crushed by 40 points by the Lakers in round seven.

Remaining in the hunt, the Lakers will have to shock the footy world with arguably the toughest run home of any club. Dale Power’s men have found a way to shock the system on numerous occasions already this year but to sneak into the six may be a bridge too far.

Highlight: a round two round win over Sunbury by 17 points.

A dynamic forward line, an elite running midfield and a rock-solid defence, the Bloods have a true recipe for success. Injuries have hampered their growth with the immediate retirement of Matt Denham due to an ACL the major blow, but the Bloods continue to find a way to be the most feared Eastern Bloc side in the competition.

Highlight: getting the job done against Bacchus Marsh in round 3.

Three wins in a lot of people’s eyes was a pass mark for the struggling Panthers this year with Dylan Conway showcasing he is the number one forward in the league. Mathematically finals are not out of the equation, but it would have to a truly special run from here to do so.

Highlight: Too many to pinpoint

Lowlight: seven point loss to the Lakers in round three.

Premiership favourites with only the single blemish on their record, North will be hoping for an immediate season restart as they push for their third flag in a decade. Josh Chatfield will be the hard luck story with his season all but over, however this hasn’t hampered the Roosters forward prowess

with Quick, Lockett, Riding and Loader all still finding multiple avenues to goal for Brendan McCarthy.

Highlight: grinding out a round 11 win over Sunbury by 21 points.

Lowlight: Smashed by Bacchus Marsh in round five.

Sneaking back into the six before the lockdown was reward for an improved month of footy, but sustaining it for the rest of the season will be the real test of the Lions. Superstar, Lachie George, has spent time forward as a necessity for Redan this year, the real question is can they get enough out young forwards Declan Murphy and Isaac Grant so they can move George back to the midfield as they approach September.

Highlight: raining on East Points parade in round one.

Burra fans would have to be the most nervous in the competition during this lockdown, just precariously sitting outside the top six. Was their historic 2019 run a one off, or will Sebas bounce back and make a run at the right time of the year again?

Highlight: beating the ‘Burra at home by nine points in round seven.

Lowlight: flat start to the season

After winning three of their last four, Travis Hodgson’s men would smell and opening inside the competition’s top six. With three crunch games at home on a horizon and their top talent of Daniel Toman and Tyson Lever at their dominate best, many think the Lions will be the sixth side in the finals makeup. 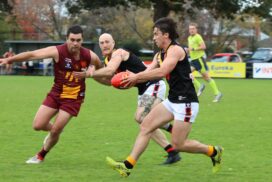 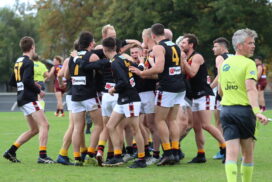 BACCHUS Marsh set up a crucial 10-point win on the… 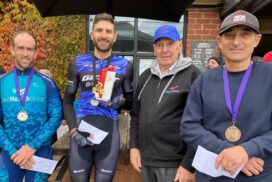 EUREKA Cycling members travelled to East Trentham to contest the…

One of the ‘big four’ makes big move