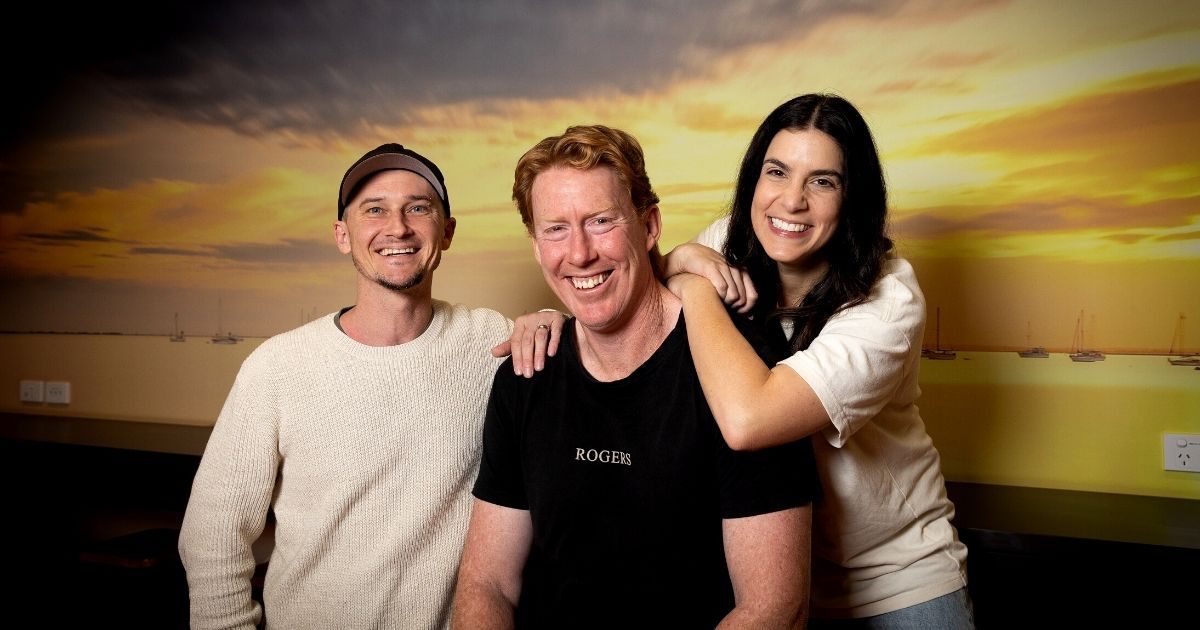 Geelong favourite and Cats legend Cameron Ling is lending his talents to a new team after announcing he has joined the K rock Breakfast crew in a permanent role.

The three-time Premiership player and former captain hits the airwaves from Monday (May 2) alongside fellow hosts Tom Lewis and Lauren ‘Loggy’ Temuskos.

Tom, who is also the station’s content director, said Ling earned a regular spot on the team after some “best-on-ground performances” during previous appearances on the show.

“Lingy has had a wonderfully long and colourful history with K rock dating back to his early Cats playing days and after playing the long game, his grand plan to sneak on to the show has finally succeeded,” Tom said.

“I’d imagine the pride he’ll feel when we turn the mic on for the first time will be something akin to winning the granny in 2011 … but not quite on the same level as 07.

“We pride ourselves at K rock as being leaders in local and there’s no one who lives and breathes Geelong and the Surf Coast more than Cameron Ling.

“Whether he’s helping old ladies across Moorabool Street or showing the groms how it’s done at Point Addis, Lingy’s love for our local region is obvious, and he’s simply a cracking bloke to be around.”

Ling has been no stranger to the media since his retirement from the game in 2011 and will continue his football commentary work with Channel 7.

“He has more stories about footy and the Cats than you can poke a stick at, so strap yourselves in for a fair bit of that gear,” Tom said.

“Tom, Lingy and Loggy are set to take it ‘one game at a time’, ‘focus on the basics’ and play ‘team focused quality local radio’ from Monday.”