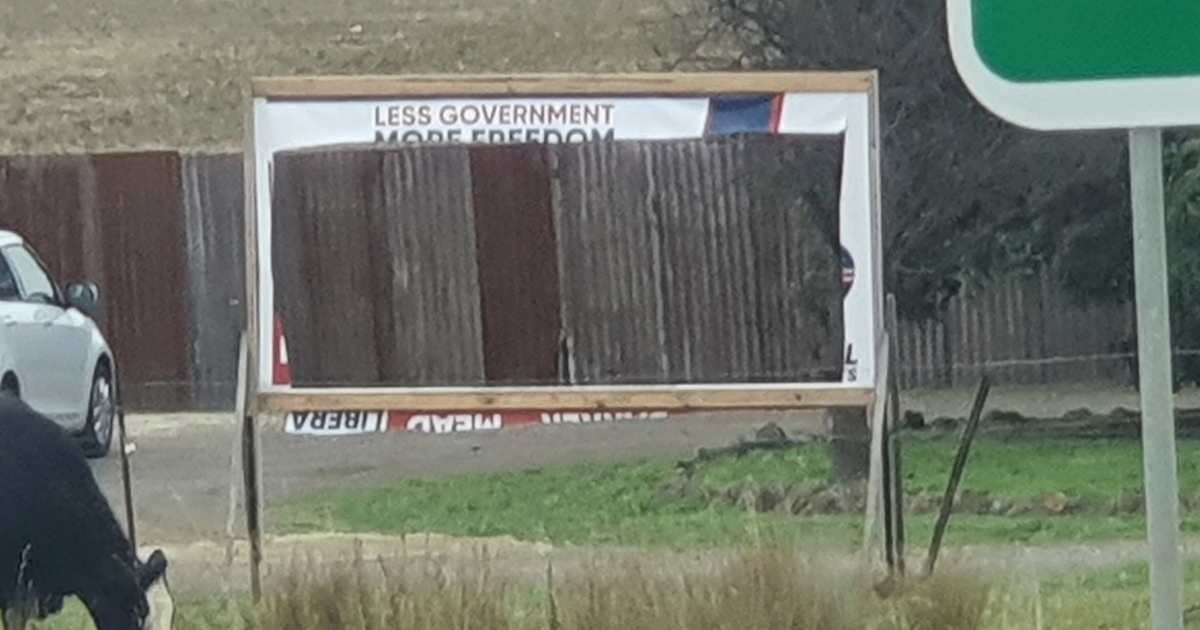 One of the damaged signs from the Liberal Democrats' campaign. Photo: SUPPLIED

ANOTHER contender in the race for Corangamite has had their campaign signs vandalised, with Liberal Democrats candidate Paul Barker reporting damage to several of his signs.

“It seems Liberal signs are not the only victims of damage,” he said today (Friday, May 13).

“Over the past 48 hours, we have have five Liberal Democrats signs vandalised across the electorate. This has been done by people trespassing on private property.

“If the ideas of less government and more freedom enrage someone enough that they feel compelled to damage our signs under the cover of darkness, then their ideas mustn’t be able to compete in public debate.”

The vandalism to Liberal Democrat signs follows about 45 signs being damaged and 25 signs being stolen from the campaign of Liberal candidate for Corangamite Stephanie Asher earlier this week.