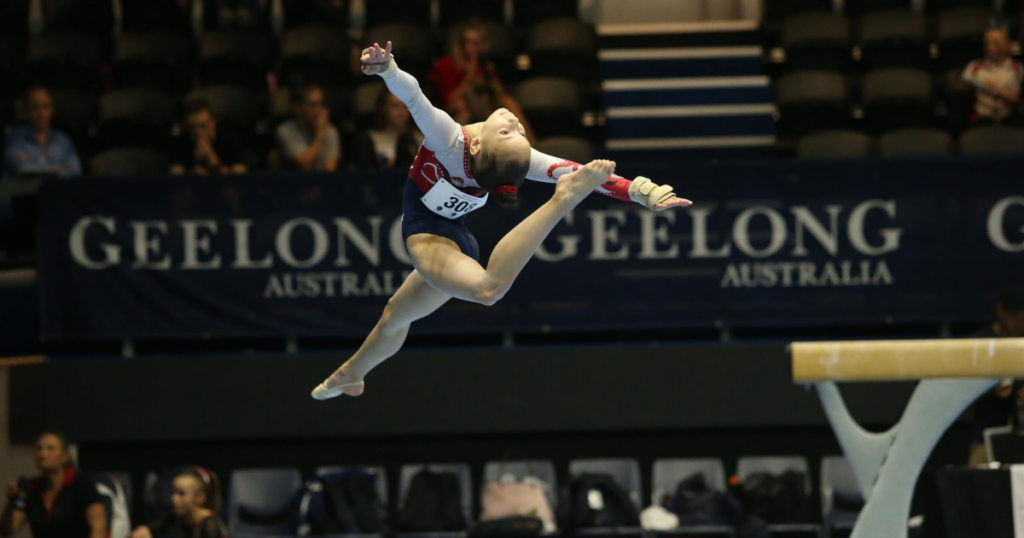 Geelong Arena has hosted Gymnastics Victoria events since 2018, and has been raised as a potential host of 2026 Commonwealth Games events. Photos: SUPPLIED

THE City of Greater Geelong expects the state government to foot the bill for the 2026 Commonwealth Games, with no money yet allocated for infrastructure upgrades in the lead-up to the event.

The city’s 2022-23 budget lists four years and $620 million worth of planned capital works spending through to mid-2026, but none of which mention Games-specific projects.

Significant investment will be required to deliver necessary infrastructure for the occasion, which it was announced as a co-host of last month for a regional Victorian Games.

Geelong will have an athlete’s village for 2950 people that will become social housing post-2026.

The Games organising committee will also assess local facilities for their suitability to host world-class competition.

Kardinia Park (cricket) and Eastern Beach (beach volleyball, triathlon) are confirmed event locations, but discussions will ramp up about where remaining sports (aquatics, gymnastics, hockey, table tennis) will be played.

COGG has offered its current facilities, including Geelong Arena, which is getting a city-funded $3 million roof replacement, and Stead Park hockey facilities.

It also began building new pools at Norlane and Drysdale this year but flagged it could need to modify designs if those facilities were to become Games hosts, to accommodate spectators and diving platforms.

The council funded a feasibility study into an indoor sports and events centre in 2020, which it said would be a priority pitch to state and federal governments to deliver the sporting festival.

But the city has flagged cashflow challenges that would severely limit its capacity to contribute funds.

The council expects to deliver a $100,000 surplus in the 2022-23 financial year, and said it was unwilling to divert cash from previously announced projects to deliver Games builds.

“There’s no money in this budget for the Commonwealth Games, however that doesn’t mean to say the council won’t make a decision in the future to do that, because we are committed to deliver the best Games we can in Geelong,” Cr Aitken said.

“The key message is we can’t do it without state funding, or federal funding for that matter.”

COGG chief Martin Cutter said the city’s discussions with authorities for the Games were at early stages.

“We’re at a breakeven position so we don’t have surplus funds sitting around at all,” he said.

“We’ll be very much working in partnership with the state to incur the funding for upgraded facilities and operating costs required.”