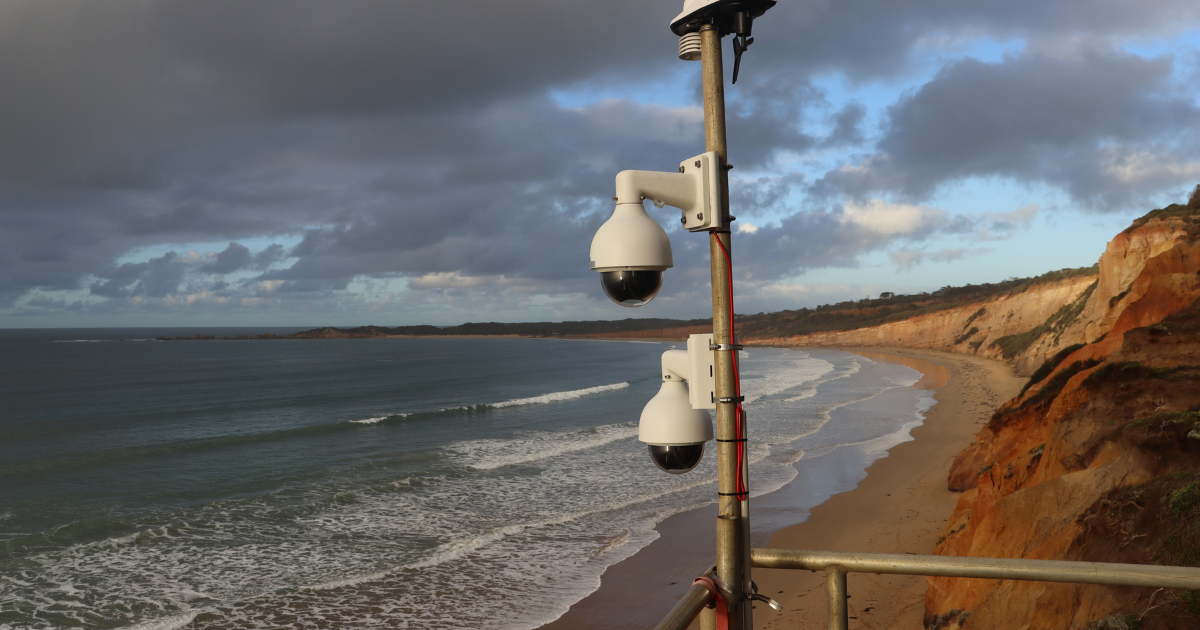 Surfline's CCTV cameras at Anglesea may be operating without consent from planning authorities. Photos: TIM LAMACRAFT

VICTORIA’S peak planning authority has stated that no surf cameras in the state are operating with its consent, casting considerable doubt over the legality and business operations of several surf forecasters.

Despite dozens of CCTV surf cameras operating throughout the Surf Coast, Mornington Peninsula, Phillip Island and elsewhere, primarily by US-based Surfline and Australian-based Swellnet, the Department of Environment, Land, Water and Planning (DELWP) said it has not approved them.

“DELWP does not have agreements in place with surf camera operators,” a spokesperson said.

The issue recently came to a head when the Great Ocean Road Parks and Coastal Authority (GORCAPA) ordered Swellnet to immediately switch off and remove a camera that went live at Fishermans Beach without its consent.

GORCAPA’s permission is similarly required to that of DELWP’s for any CCTV cameras operating on land it manages, including at surf life saving clubs.

The Surf Coast Shire recently stated it was powerless to intervene over a Swellnet surveillance camera capturing Winkipop as it was located on private land, but did note that cameras operating in these areas may be required under the Marine and Coast Act (MACA).

A DELWP spokesperson, that overseas the state legislation, confirmed “no Marine and Coastal Act (MACA) consents have been granted for surf cameras”.

When questioned on whether its members – including Torquay, Jan Juc, Anglesea and Lorne – were adhering to state legislation overseeing CCTV or surf cameras, Life Saving Victoria’s chief operating officer Mevan Jayawardena said “we work collaboratively with our clubs and relevant authorities to ensure the provision of essential lifesaving water safety services, in accordance with any commercial obligations in place at our facilities”.

“In some cases, life saving clubs have partnered with third parties to provide vision of beach conditions to the public so they can make informed water safety decisions, as well as support their operating costs as non-profits including the costs associated with providing emergency and first response services to local communities.”

GORCAPA has previously stated it has no “agreement with any party to operate CCTV on public land we manage”.

“We will continue to investigate the circumstances of other CCTV cameras that have been installed without consent and have already contacted lease holders to remind them of their statutory obligations regarding any such proposals.”