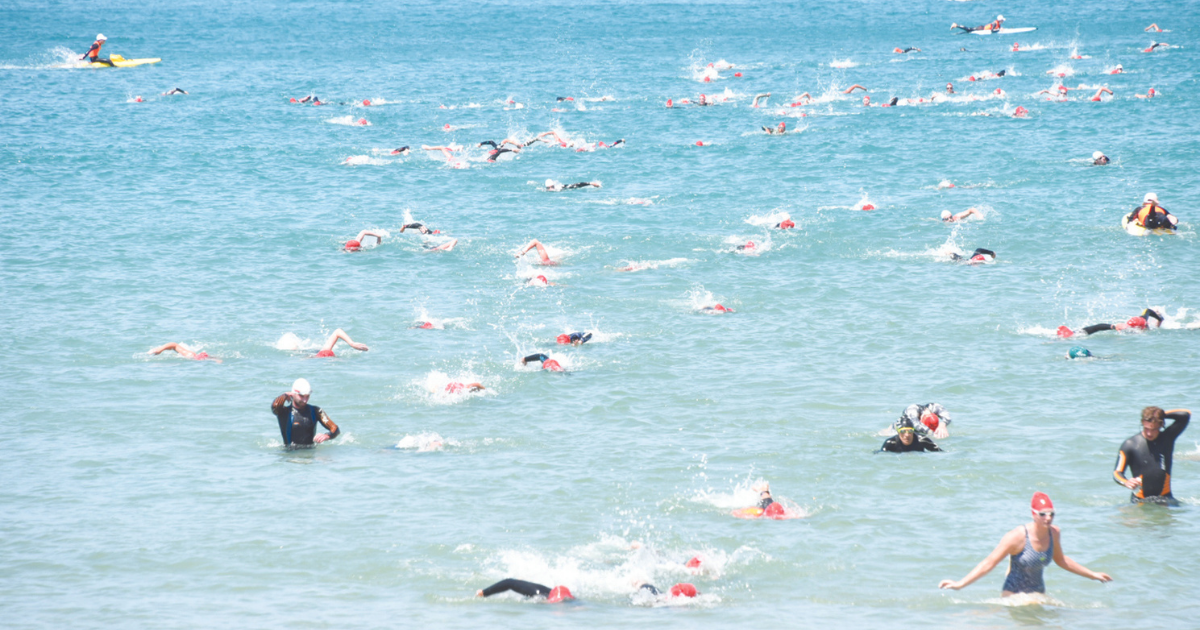 Some of the action from the 2019 Pier to Pub. Photo: LEON WALKER

ENTRIES opened on Monday this week for next year’s Pier to Pub, and swimmers are racing to sign up to be part of the long-standing event.

The annual swim in Lorne will be staged in both “normal” and “virtual” formats on January 8, 2022.

The largest ocean swim event in the world, the Pier to Pub sees about 5,000 swimmers start at the pier at Point Grey, swim the 1.2-kilometre course back to the sand and then sprint to the finish line in front of the clubhouse of the Lorne SLSC, whose volunteers organise and run the event.

“You can never say for sure, but having had a virtual event last year, our loyal competitors were itching to get back in the water in Lorne.

“We weren’t surprised but it’s certainly a delight that everyone’s coming back and that we’re going to have lots of people in Lorne swimming on January 8.”

The swim has a highly distinguished winners’ list, with multiple Olympians, local stars, interstate and international swimmers having triumphed in the prestigious “Superfish” open category.

In 2022, race organisers have added a new age category of Heroes, for the swimmers in their 80s who compete in the event. This age group and Legends (swimmers aged between 70 and 79) will take to the water at the same time.

“Having been around now for 42 years, you invariably do have the situation where competitors are getting older, so it’s fantastic to see so many of them in the water and doing what they love,” Mr Napolitano said.

The 2021 Pier to Pub was staged virtually in 2021, with competitors completing their swim in their local pool, lake or river and sending in times.

“We had to pivot during COVID, so that allowed our competitors to still complete the event, but it’s certainly not the same as jumping in the water at Lorne and doing the full race,” Mr Napolitano said.

As is usually the case, the Pier to Pub will be staged the day after the Mountain to Surf run.

Set for January 7, 2022, the eight-kilometre run takes participants along a course through the hills of Lorne and the Great Ocean Road and back to the Lorne SLSC clubhouse.

Both events will be run in COVIDSafe conditions, and will open only to competitors who have received both doses of the COVID-19 vaccine, with the races featuring more starting waves with more distance between them.

For more information on the Pier to Pub and Mountain to Surf or to register, head to the Lorne SLSC website,