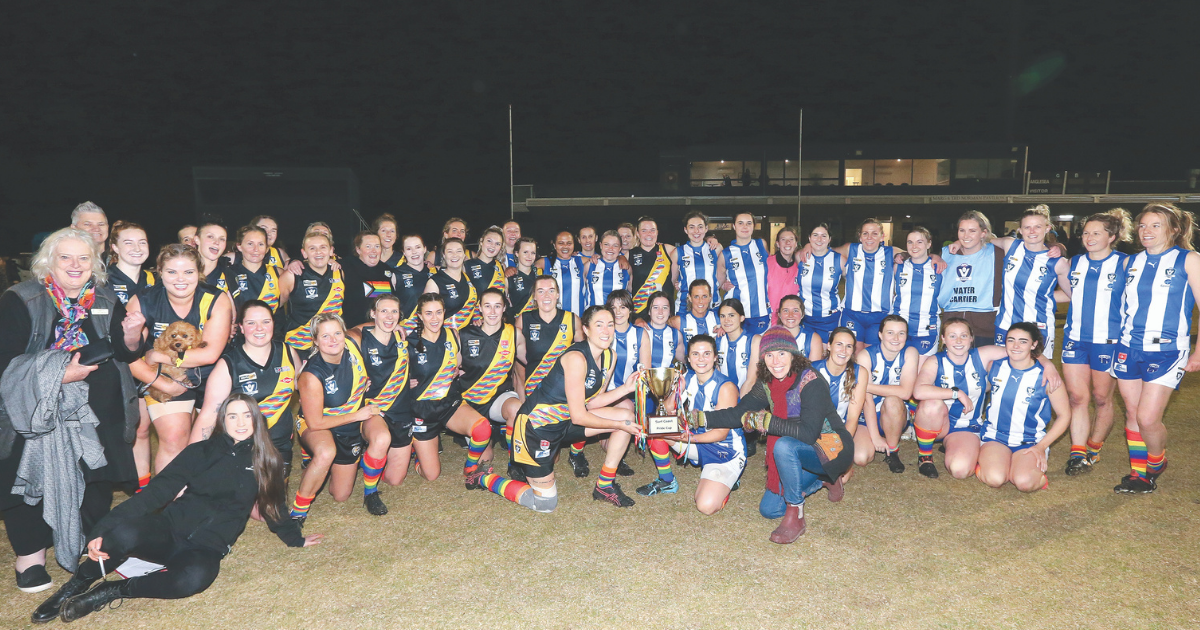 THE Surf Coast IDAHOBIT Cup will be one of the most hotly-contested trophies in local sport if last week’s inaugural game is any indication, with the two sides playing out a draw.

Anglesea hosted Torquay at Ellimatta Reserve for the Division 3 senior women’s football match, with the Surf Coast Shire council creating a trophy for the May 21 event to recognise IDAHOBIT (International Day Against Homophobia, Biphobia, Intersexism and Transphobia), which was marked only four days earlier.

It is hoped the day will become an annual celebration for all members of the LGBTQIA+ community.

In Friday night’s game – which saw both sides wearing rainbow socks and the Tigers a special rainbow-themed guernsey for the occasion – Torquay took a six-point lead into quarter time and extended that to 14 points at the long break.

The Roos had all the play in the third quarter, preventing the Tigers from scoring and cutting the margin to just one point at three-quarter time.

Both sides added to their score in the last quarter, and a crucial behind to the Roos resulted in Torquay and Anglesea both finishing on 30 points.

Olivia Ritchie kicked two goals and was best on ground for Torquay, while Vanessa Rischitelli was named best afield for Anglesea.